Ash Dieback is the latest craze sweeping the nation, and by ‘craze’ I of course mean ‘plant disease’. Like Dutch Elm disease before it, it threatens to destroy thousands of iconic trees and restructure the shape of British woodland.

Caused by the fungus Chalara Fraxinea, Ash Dieback was first noticed in Poland in 1992, though it is thought to have originated somewhere in Asia. It affects the crown of the tree (the bushy top bit) and causes it to die back, although it may not kill a mature tree for a number of years. Even then it is often the case that when a tree is killed it is through an opportunistic infection. C. Fraxinea may not kill, but it does significantly weaken the tree. 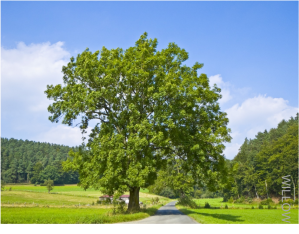 So what’s to blame? Despite fears that the fungus may have come to the UK via infected plants in nurseries, the current view is that it came in the wind from Europe (at least in the majority of cases of the disease). Whilst this may seem good news (particularly for the people running the nurseries), it causes us to reach a depressing conclusion— we cannot ‘stop’ the disease. The reasoning behind this is that most plant diseases can be controlled in the early stages of an outbreak via selective removal of plants. These techniques will probably not work now: we are in the middle of a full blown Europe-wide pandemic and even if we could remove the disease from the UK, it could still come back on the wind from across the seas. This may all sound rather despairing, and work is being done to try and reduce the ecological damage, but the truth is the models still predict that in 10-20 years time the majority of ash trees will be infected, if not already dead.

In a world of increasing globalisation, ensuring plant security from biological threats is almost impossible. Whether from the soil on a backpacker’s shoe or on a tree imported from afar, new microbes will always be brought into environments they have not come across before. Ash Dieback is not the first major tree disease to affect the UK and it’s probably safe to say it will not be the last.

For all those interested in some light reading, please find the link for the Government’s plan on tackling Ash Dieback: https://www.gov.uk/government/uploads/system/uploads/attachment_data/file/69620/pb13843-chalara-control-plan-121206.pdf