Imagine a life without citrus. No glass of orange juice in the morning. No slice of lemon for your iced tea. No having to segregate the green jelly babies because no one honestly likes them and you don’t understand why they continue to be produced. It would be a very different world indeed, but perhaps one we need to start considering. 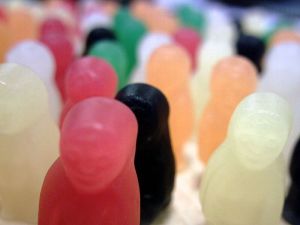 Down with the green jelly babies… (Credit Father.Jack) 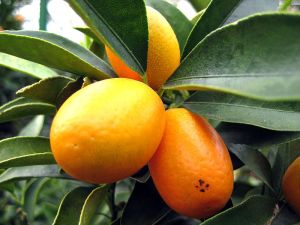 A study by a group from Pakistan tested how various citrus cultivars responded to the citrus canker disease and found that some are more susceptible (like Valencia Oranges) than others (like Pigmented Oranges). While two cultivars were identified as highly resistant, Tahiti Lime and Kozan Sweet Oranges, all the cultivars showed some levels of disease. Unfortunately this indicates that all would eventually succumb to the ravages of citrus canker. That is, all except for the kumquats!  Both cultivars of kumquat tested (Meiwa and Naghmi) lacked the canker-caused lesions that unfairly graced the other plants. This may be because kumquats are only citrus fruits in the loosest sense. Unlike most of these other fruits, which belong to the Citrus genus or are products of genetic crosses within the genus, kumquats belong to the genus Fortunella. This makes them distinctly different to oranges and lemons genetically and means they may be a non-host for citrus canker and perhaps by extension for other diseases plaguing citrus; though reports of a huanglongbing-type disease in Kumquats in Taiwan suggests otherwise.

Even so resistance to citrus canker is promising. Humanity may learn to adapt and a future without oranges certainly seems brighter with the potential for Kumquat Flavoured Jelly Babies. At the very least they might taste better than the green ones.

3 thoughts on “The Future is No Clockwork Orange”